Christophe |
Comments Off on Aluminium alloys in development 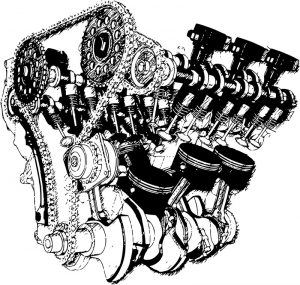 Many different aluminium alloys are currently used in the automotive industry; however, manufacturers are only just beginning to understand the importance of innovation in terms of using newer and different aluminium alloys. Some of the big aluminium producers (Alcoa, Constellium, Norsk Hydro, Novelis, UC Rusal, etc.) are now producing mass-market and cost-effective newer alloys, according to their press releases and recent announcements. It is almost as if it has come as a shock to car producers and companies in the automotive industry that aluminium alloys can be improved and suddenly become a better option than the traditional steel which has been used to eons. The process of producing new aluminium alloys has now gathered a lot of momentum and now moving is quickly. Obviously, car manufacturers are interested in the light-weight properties of aluminium, but they’re also very interested in the durability and corrosion resistance. This shift is also helping to improve maintenance due to newer tools and techniques.

One of the notable alloys currently being tested is 1580. According to US Rusal, is contains a very low percentage of scandium and zirconium which has massively cut the cost of production. This magnesium-aluminium alloy was developed by scientists at the Siberian Federal University

Scientists at the Oak Ridge National Laboratory in conjunction with Fiat Crysler Automotive have developed a new aluminium alloy known as ACMZ that they claim can be used in car engine cylinder heads. This new alloy is much more resistant to higher temperatures (up to 300 degree centigrade) meaning smaller 4-cylinder engines can be developed with the same power as 6-cylinder engines as the internal pressure can be increased providing better fuel consumption. ACMZ uses copper as its strengthening agent (as opposed to silicon) meaning it is resistant to higher temperatures than the more common aluminium alloy upper limit of 250 degrees centigrade. However, this alloy is still in its testing phase and will need to be further developed before it will appear in any commercially sold engines.

Of course, the aluminium alloys are an important evolution of the automotive industry but let’s not forget about well-established and high-performing aluminium alloys. For example, Metaconcept’s Zamak alloys – alloys which uses zinc, aluminium, magnesium (and sometimes copper) to give them a melting point of around 400 degree centigrade. They has stainless characteristics and are also suited to die-casting. Metaconcept also produce their lead-free alloy, used widely by manufacturers in the medical sector and the arts and crafts industries for jewellery and costume jewellery production provide the mechanical properties of  traditional, lead-based compositions but provide greater safety for environment and users.